Contributed by Michael A. Trimpe

Fireworks analysis is much like the analysis of low explosives. Pyrotechnic devices can be used in various crimes but are usually associated with nuisance and vandalism crimes. Pyrotechnic devices are, like other low explosives, constructed of an explosive powder confined in packaging with a wick for ignition (Fig. 1, 3) All of these components can be of interest to the trace analyst in identifying the device used in a crime.

As in most other trace evidence cases, the analyst searches debris under a stereomicroscope for microscopic pieces of evidence. The paper or plastic packaging can reveal identifying marks. Quite often a small amount of unexploded powder will remain in the debris or paper wrapping. Most often a burned, molten substance will remain in the exploded material and can be analyzed. Occasionally the hands or clothing of a suspect can be examined for telltale microscopic pyrotechnic particles.

The analysis usually involves scanning electron microscopy with energy dispersive x-ray spectrometry (SEM/EDS) (Fig.2) for the inorganic make-up, while infrared spectrophotometry (FTIR) is used for the organic make-up of the chemical mixture.

Chemical and instrumental analyses can suggest the ingredients of the device. Potassium perchlorate is still commonly used as an oxidizer in fireworks. Magnalium is popular for its white sparks and crackling effects. Color effects are produced with different chemicals that include: strontium for reds, sodium glows yellow, magnesium burns extremely bright white, barium produces green, and a copper content can yield blues. 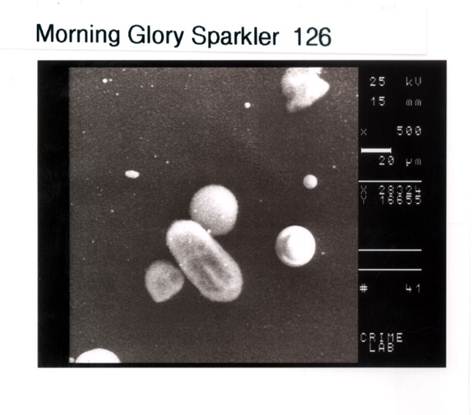 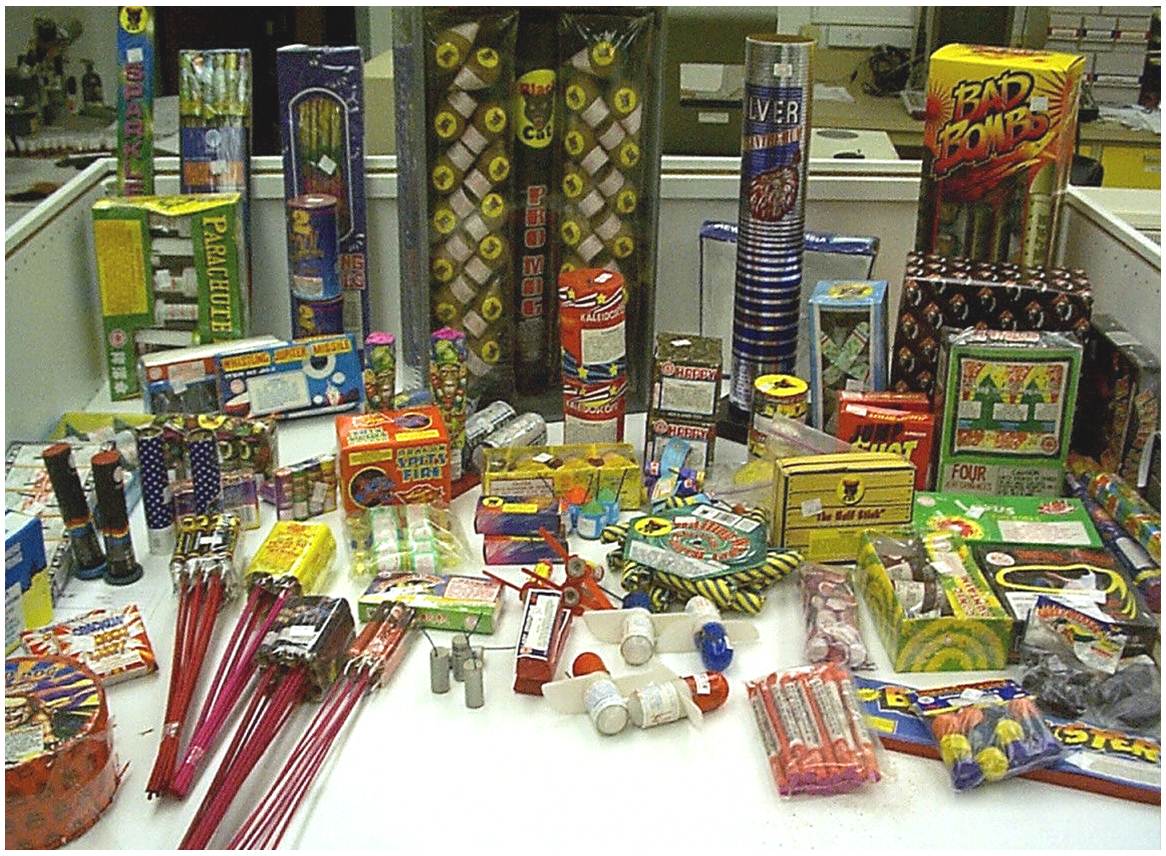